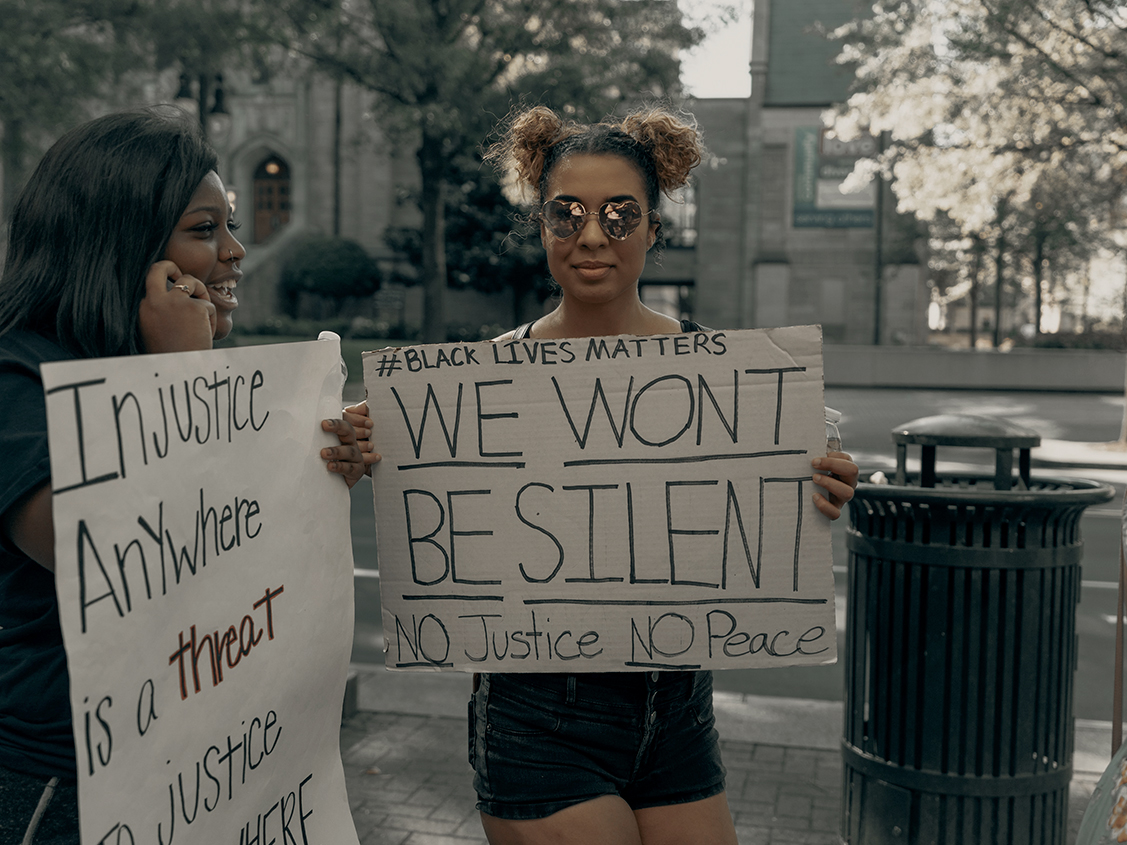 We at Bounce are truly disheartened by the tragic murders of George Floyd, Breonna Taylor , Ahmaud Arbery and the thousands of other slain black lives that have been taken for hundreds of years.

We stand in solidarity with the courageous protesters fighting for change around the world.

We will not stand idly by and continue to allow the issue of racism in our country to be ignored. We will proudly fight for the system that promotes and enables inequality to be held accountable and brought to justice.

We are in a constant fight, but let us never forget to also bask in our greatness. During these truly traumatic times, if you find yourself needing a reminder of our excellence, we'll be here to represent you & to celebrate you always on our networks!

Want to help the cause?

Here are a few organization across the country that are focused on supporting the protesters. (Note: the Minnesota Freedom Fund and Brooklyn Community Bail fund are urging people to donate elsewhere, as they’ve each received an outpouring of donations.  *Source- Indywire, Staff Writers)

"You Belong Here” is an ongoing Bounce initiative that seeks to empower individuals and benefit local communities. These impactful public service campaigns are presented through cooperative partnerships with non-profit organizations and community-minded businesses. With you in mind, Bounce aims to be a resource for information that directly and positively impacts your life.
↑